Parkland College is pleased to introduce its new corporate identity. On June 2nd Parkland College unveiled its new logo, slogan, and look to the public. Along with the change in logo, Parkland has also removed “Regional” from its name. “Removing ‘Regional’ from the name has been a trend among Regional Colleges in the province”, states Fay Myers, President of Parkland College. “In Parkland’s 35 years, it has grown to hold partnerships provincially, nationally, and even globally.”

“Plans for a new logo have been in the works over the past year”, explained Alicia Myall, Marketing Manager at Parkland College. “Now that the new identity is in place and the materials have been created, the month of June will be a transition month.” The College will use the month of June to replace all College signage and other promotional materials. “By July 1, 2008 the new logo will be in full circulation and the pine and poplar logo will no longer be used to represent Parkland College”, stated Alicia Myall.

The new logo is an effective representation of the College today and the direction it is headed for the future. “In keeping with the mission and vision of the College, the new logo illustrates individual, community, and economic growth as well as the collaborative networks of people and streams of learning”, explains Fay Myers. The logo is represented by a high-energy dramatic swoop illustrating students’ newly found ability to soar and allowing graduates to reach for their dreams. The image also reflects a “P” and “C”, while the parallel lines allude to networks of people and the path of learning. Viewed yet another way, the logo is also a bird in flight, harkening to Aboriginal-based imagery of the power of an eagle, symbolizing wisdom, courage, and strength as well as leadership and prestige.

Along with the logo, Parkland College’s new slogan was released. “Your Answer” signifies Parkland College’s ability to meet the needs of individuals and businesses. “We are your answer to quality education and training”, says Fay Myers. 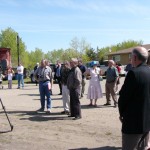 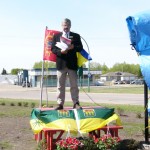 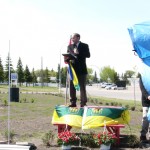 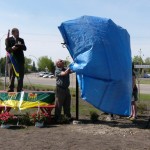 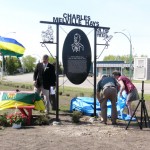 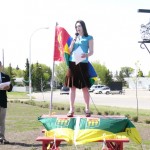 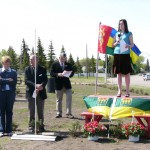 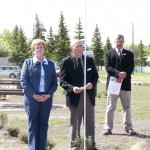 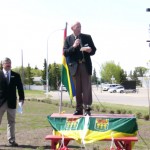 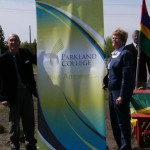 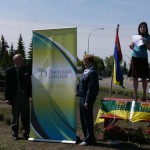 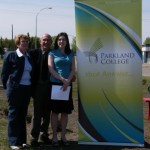 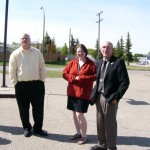 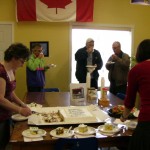